Having a hard time dozing off? Sometimes, a little light reading can be just the thing. Before you sleep, peruse this fascinating slumber-related food for thought. We guarantee you’ll learn… 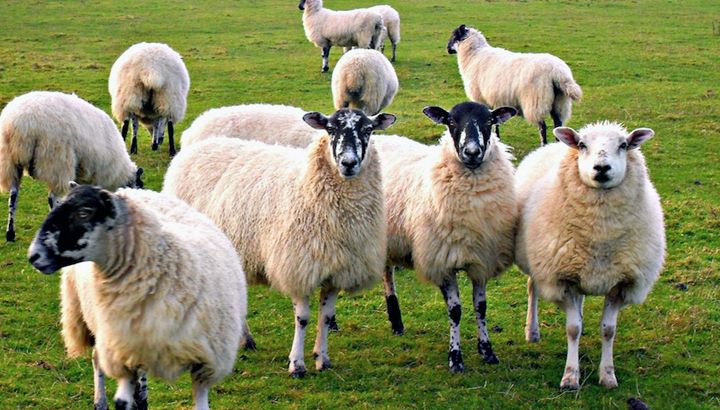 Having a hard time dozing off? Sometimes, a little light reading can be just the thing.

Before you sleep, peruse this fascinating slumber-related food for thought. We guarantee you’ll learn something new.

(And, yes, we’re aware that using your tablet or smartphone right before bed isn’t really recommended. But every rule is meant to be broken once in a while, right?)

Insomnia can run in families.

Can’t catch a wink? Well, at least you’re not alone. In one small study, French researchers found that your risk for insomnia jumps by 67% if the affliction also plagues one of your family members. Your odds continue to skyrocket from there with each additional sleep-deprived kin.

The connection is likely at least partly genetic, but there may also be mental factors at play: According to the study’s researchers, you and your clan could be predisposed to anxiety.

Seeing a parent cope with insomnia during childhood can cause you to have the same reaction to trouble sleeping as an adult, too. In which case, a placebo sleep brain hack might be all you need to get to dreamland faster.

You’ll sleep worse when the moon is full.

Maybe you’re having trouble dozing off tonight because there’s a big, bright orb hanging outside your window. On nights with a full moon, people average 20 minutes less sleep and take five minutes longer to fall asleep, found a recent Swiss study. (They also experience 30 minutes more REM sleep, which might account for those crazy dreams.)

True, keeping light from creeping into your bedroom can make it easier to crash, but in this study, participants slept in windowless rooms where bright moonlight wasn’t an issue. “There may be a built-in biological clock that is affected by the moon, similar to the one that regulates the circadian rhythm,” says study author Michael Smith.

You might make less melatonin if you’ve had a concussion.

It’s no secret that a bad blow to the head can come with serious side effects, like memory problems. But it could also mess with your brain’s ability to produce the sleep hormone melatonin, according to recent research. Verified Source National Library of Medicine (NIH) World’s largest medical library, making biomedical data and information more accessible. View source

The study found that those with brain injuries were more prone to other sleep-related issues, too. Compared to their healthy counterparts, they spent less time in bed asleep, spent more time awake after initially falling asleep, and got less REM sleep.

And while there might be more at play than just your ability to produce melatonin, getting more of the stuff could definitely be a start. Might we suggest talking with your doctor about drinking tart cherry juice before bed?

Too little sleep can increase your sensitivity to pain.

That blinding pain when you stubbed your toe on your way to the bathroom first thing this morning? It might’ve hurt a little less if you’d gotten more sleep, says a recent study published in the journal SLEEP. Verified Source Oxford Academic Research journal published by Oxford University. SLEEP. " class="src-popup-link"> View source

The study divided 18 sleepy (yet otherwise healthy) adults into two groups: One that snoozed for a dreamy ten hours, and another that slept for about eight. After four nights on said sleep schedule, the subjects participated in pain experiments that measured how fast they pulled their fingers away from a too-hot surface.

Adults who got more sleep took 25% longer to remove their finger than adults who slept less, suggesting a decreased sensitivity to pain that researchers say is equivalent to taking 60 mg of codeine.

That might mean that they were more susceptible to getting burned during the experiment, which of course, is bad. But it also means that dedicating more time to sleep when you’re dealing with discomfort—like from a migraine, toothache, or twisted ankle—could make it easier to cope.

Just remember, you don’t want to make 10-hour snoozes a regular part of your routine, since sleeping more than 9 hours a night can increase your risk for diabetes, headaches, and depression.

Sickness-induced insomnia is a thing.

When you’re sick, you sleep more because your body is working hard to fight off the infection, right? Wrong.

In fact, you sleep less—and you probably wake up a lot. At least, if you’re a fly. One British study published earlier this year found that illness causes sleep deprivation and memory problems in the winged critters.

But the findings could hold true for humans, too. “Think about when you are sick. Your sleep is disturbed and you’re generally not feeling at your sharpest,” says lead author Dr. Eamonn Mallon, a University of Leicester biologist.

Still, fighting the flu is when you need your sleep the most. So try a cup of chamomile tea, which has sleep-inducing qualities and can also help your body in its bacterial battle by keeping you hydrated.

Sleep apnea can mess with your hearing.

Sleep apnea doesn’t just cause you to wake up countless times throughout the night and leave you feeling exhausted the next day. It might also affect something totally unexpected: Your ears.

In a large new study of nearly 14,000 adults, having sleep apnea was independently linked to a nearly 40% reduction in hearing ability. Experts aren’t totally sure of how the two are connected, but hypothesize that sleep apnea could cause blood vessel inflammation and reduce blood flow to the ear.

Another explanation? Snoring is really, really loud, and the buzzsaw-like sound could be damaging your ears. So if you think that you might have sleep apnea, talk to your doctor about getting tested, stat.

Know another weird fact about sleep? Do any of these facts surprise you?

Best Seat Cushion for Back Pain

How Long Does Melatonin Last in Your System?

Does Spinal Decompression Help with Lower Back Pain?