Down vs. Down Alternative Comforters

Down and down alternative comforters might look the same on the outside and serve the same purpose, but their fills are more different than you might think. Down comforters contain… 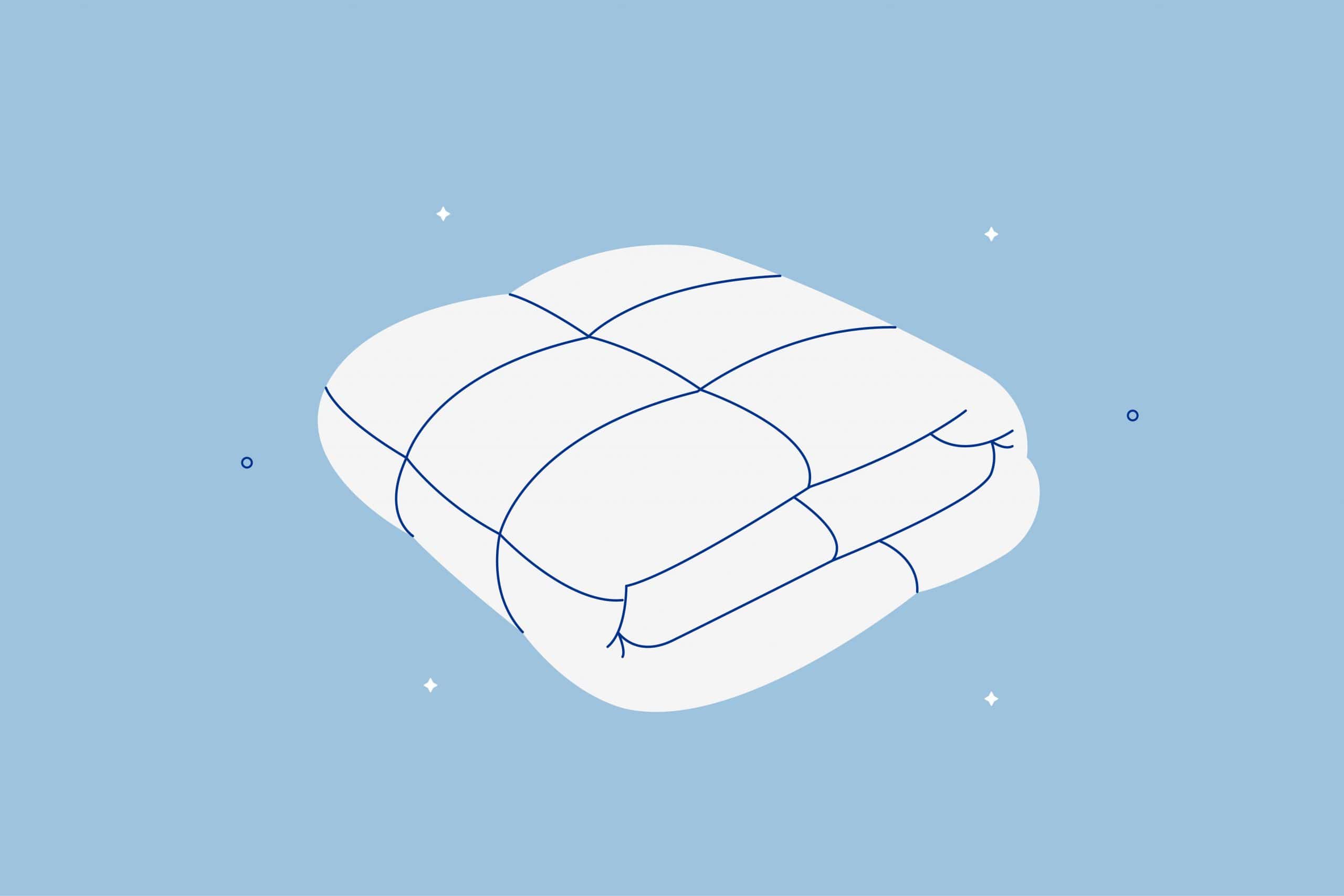 The different fills affect fluffiness, durability, care needs, and most importantly, the price tag. Down is pricey, which is why down alternative was invented in the first place.

Shop The Most
Advanced Comforter

Looking for the best comforter? If you’re wondering whether to invest in a down comforter or save some cash with down alternative, we’ve got you covered. We compare the details of the two fills to help you better understand their differences and decide which is best for you.

Down refers to the feathers from duck and geese underbellies. Down comforters are notably soft, warm, and fluffy. At the same time, down is lightweight and lofty, so you don’t feel weighed down by your comforter or overly hot.

What is Down Alternative?

Down alternative is a comforter fill built to simulate down’s properties and is typically made from naturally hypoallergenic materials such as cotton, rayon, or synthetic fibers. While down alternative isn’t an exact replica of down, it’s a good comforter option for cruelty-free shoppers, allergy sufferers, and people on a tight budget.

Choosing Between Down and Down Alternative

When choosing a comforter, consider how down and down alternative performs as the fill impacts coziness, weight, and lifespan. Also, be sure to take a look at both of their price tags since, even if you prefer one over the other, the comforter might not be an option if it’s too spendy.

Fill power measures how many cubic inches one ounce of fiber or feather clusters take up in a comforter. It affects the fluffiness and loft, as well as the comforter’s insulating ability and breathability.

Down clusters are more fluffy and insulating than down alternatives. For down, a 500 to 750 fill power provides adequate insulation and fluff for most users. Any fill power over 750 is even more insulating and fluffy but is best for individuals living in colder climates. Since down is naturally very light, high fills won’t feel heavy or constricting.

While down is warm and fluffy, it’s still quite breathable, so hot sleepers don’t have to worry about waking up sweaty or uncomfortable.

A down alternative fill doesn’t regulate temperature well and isn’t very breathable, so a down alternative comforter with extra filling might trap body heat and lead to uncomfortable, restless nights.

Allergy sufferers might be more inclined to buy a down alternative comforter over a down comforter because it’s less likely to aggravate allergies.

Down feathers are prone to trapping allergens such as dust mites, pollen, and skin cells, triggering allergic reactions such as rashes, itchy eyes and throat, and postnasal drip. Some down cases have a down-proof construction, meaning the negative effects of down are minimized for allergy-sufferers. However, down-proof constructions aren’t always reliable and they can be more costly than a standard down comforter.

Down alternative comforters are naturally hypoallergenic because synthetic materials and cotton are unlikely to trap allergens.

In most cases, cleaning a comforter is fairly simple. Down alternative comforters can be washing in a washing machine, while traditional down comforters require a bit more work.

Down comforters should not be cleaned in a washing machine; they require dry cleaning or a trip to the laundromat; however, they only need to be washed every 2 to 3 years. Using a duvet cover with your down comforter helps the comforter last longer and minimizes the need for washing. You’ll need to regularly wash the cover, but duvet covers generally have easy care instructions.

Conversely, alternative down comforters are low maintenance. The comforters are washer and dryer safe. However, they require more regular washes than down, needing to be cleaned once or twice a year if you use a duvet cover. Still, biannual care is very minimal.

Down comforters can last between 10 to 15 years. With proper upkeep, you can potentially make your comforter last several years longer.

Down alternative comforters usually only last a couple of years because synthetic materials, such as polyester or microfiber, break down quickly. The synthetic fills lose their shape and grow lumpy sooner than down comforters due to the fiber’s composition, so they’ll have to be replaced more frequently.

Although down is appealing for its excellent durability and feel, its high cost is what usually turns people away from it. Instead, down alternative is a much more affordable option.

Down will always be more expensive than synthetic materials because animal feathers are a limited resource and require more time and labor to obtain. A down comforter can cost anywhere from $80 to over $850.

What’s the difference between down and feathers?

Both down and feathers come from ducks and geese, so it’s reasonable to wonder what makes them different.

First, down refers to the feathers on duck and goose bellies, while feathers are found on their overcoats.

Both down and feathers are durable, but feathers aren’t nearly as soft or fluffy as down because they have quills, the spiky ends of a feather. Quills can poke through a comforter or duvet casing, scratching you in your sleep and eventually coming out of the blanket.

Still, feather comforters are much cheaper than down, so many people opt for the more affordable option of the two.

Is goose down better than duck down?

There’s not a huge difference between goose and duck down. They’re both fluffy and long-lasting with proper care. However, if you’re being meticulous, goose down technically has a better fill power because goose feathers are larger than duck feathers, meaning it’ll be more insulating. Still, the difference in insulation is minimal. It’s better to find a high-quality down comforter from a reliable brand rather than focusing on which type of bird fill the comforter has.

Does down lose its warmth?

How do you fluff a down or down alternative comforter?

You can also separate any lumps in your comforter with your hand. Simply find any lumpy areas and massage them gently to separate the fibers in the comforter.

If you have a down alternative comforter, you can put it through the dryer with tennis or dryer balls. Some dryers have a fluff setting, but if not, use the lowest dryer heat setting and check on your comforter every 30 minutes until it’s adequately fluffed.

Can down or down alternative comforters shrink?

Did We Help You Choose a Comforter? 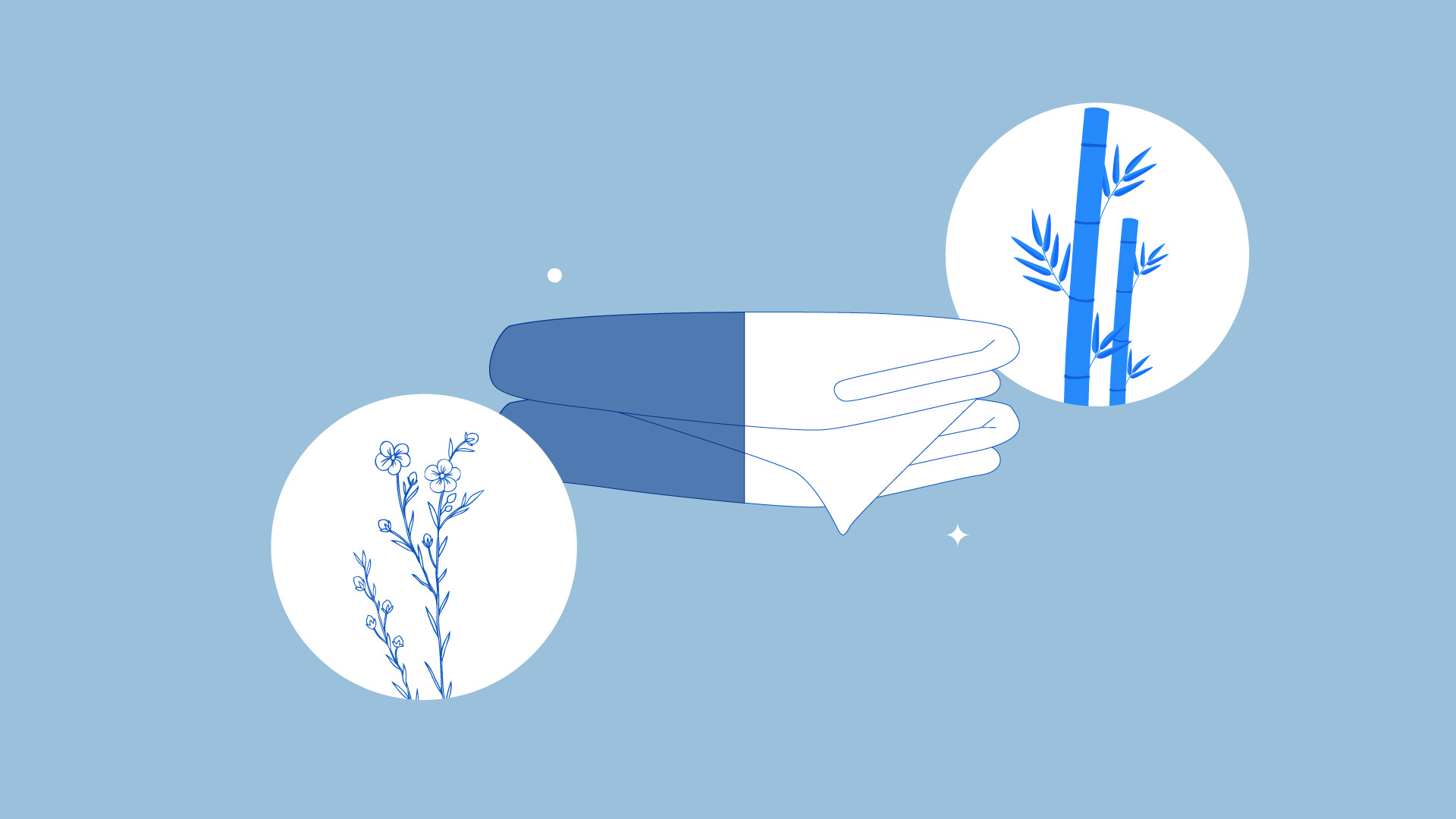 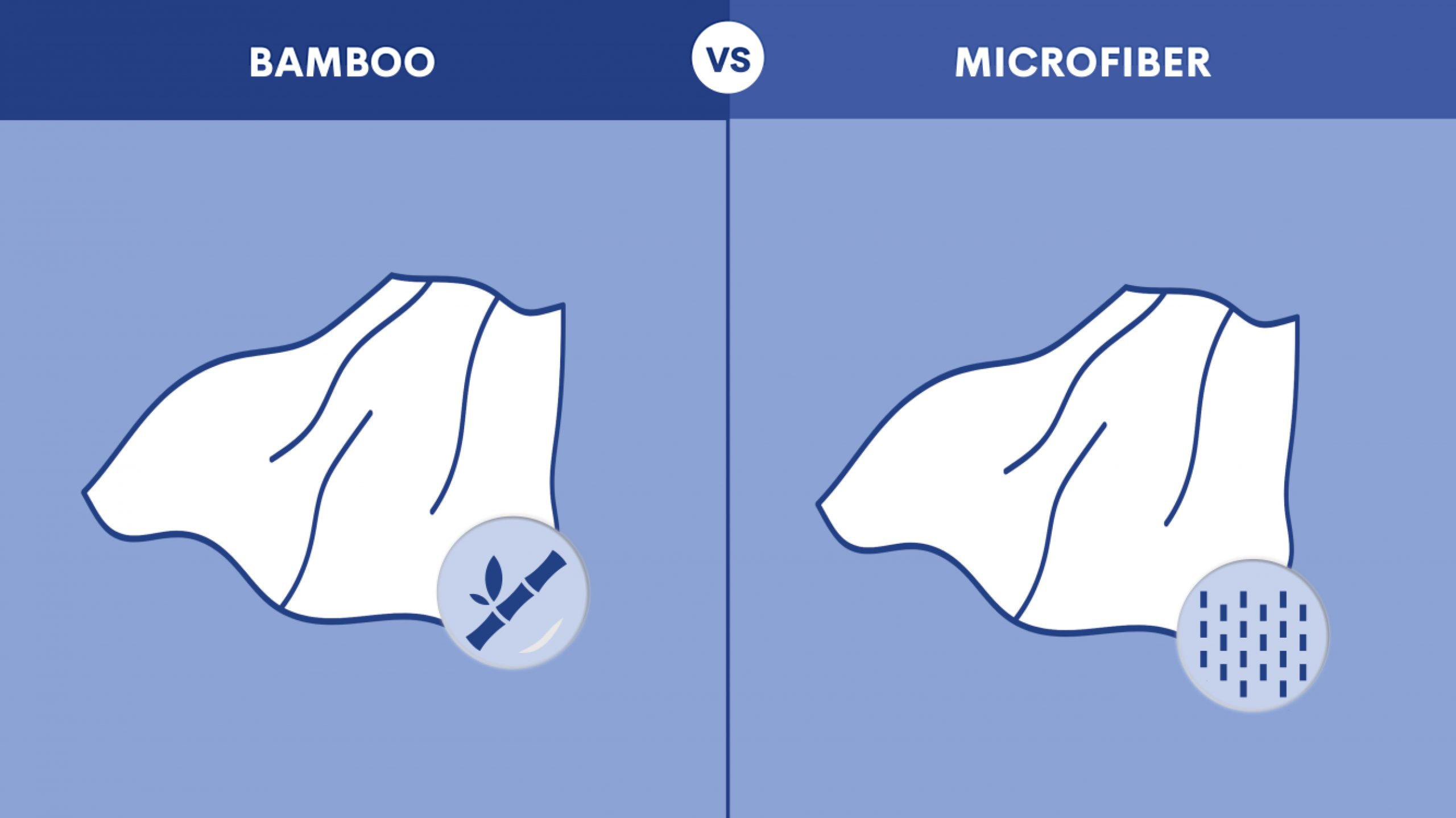 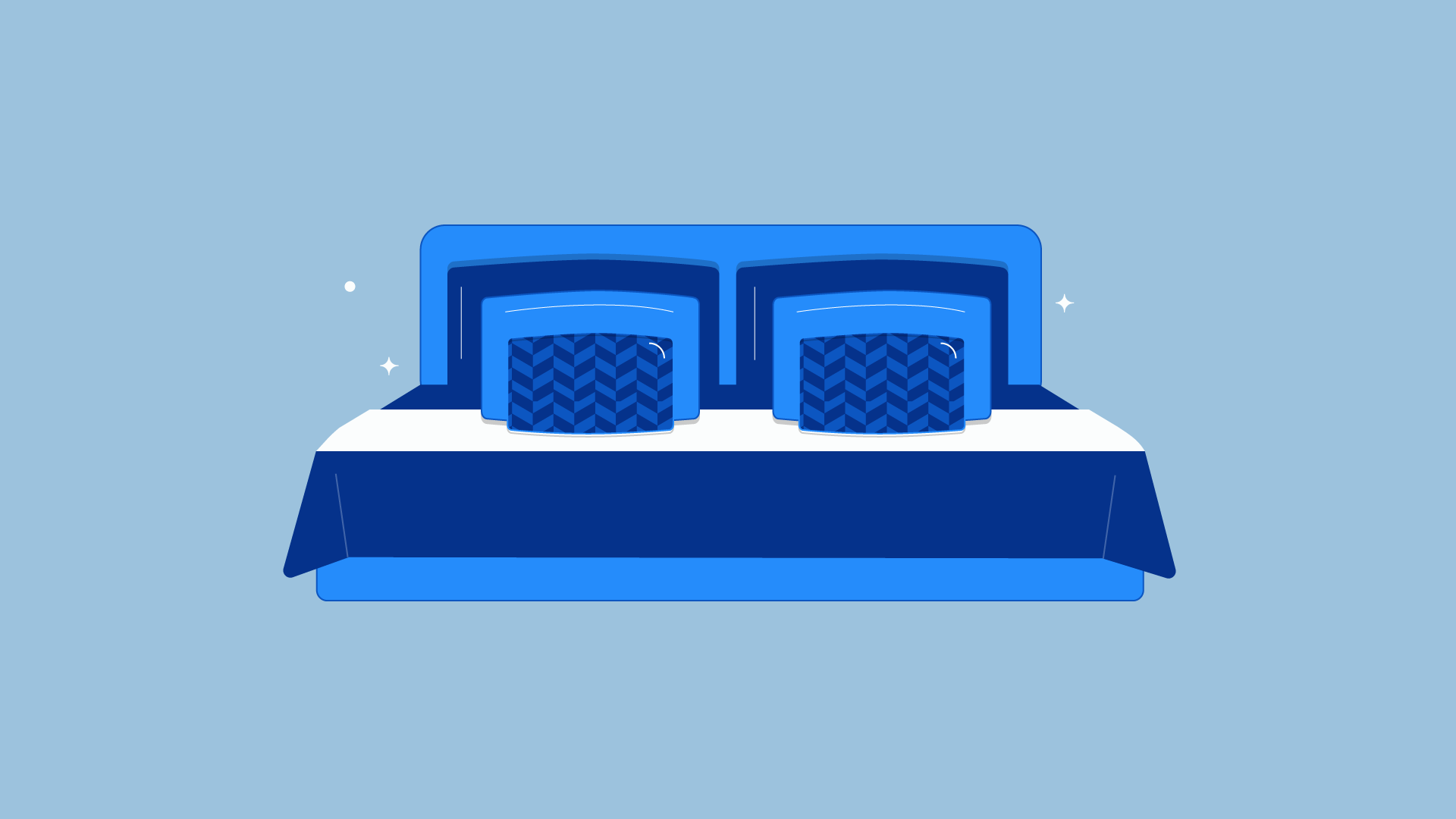 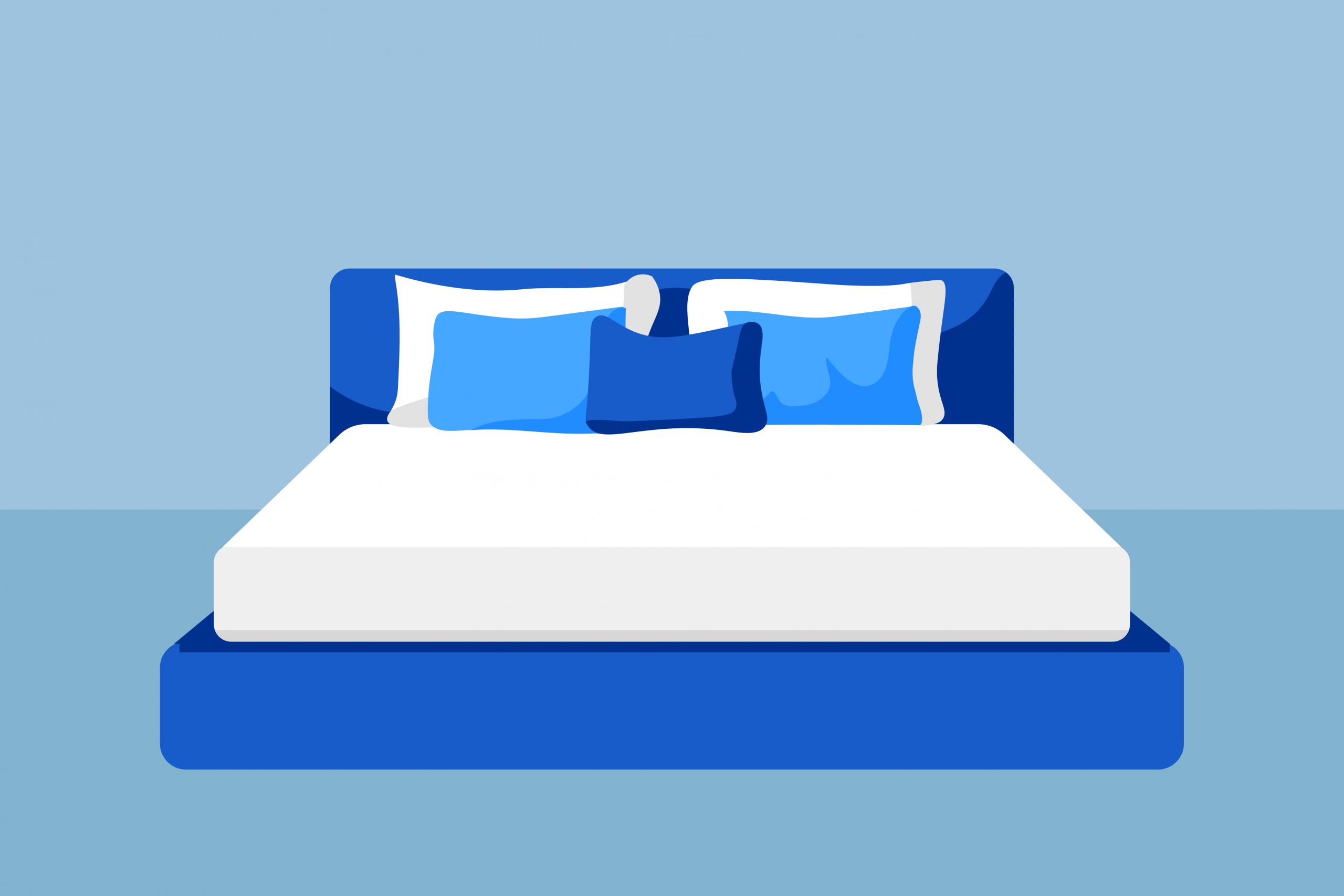 How to Make a Bed the Right Way in 8 Steps