It happens to the best of us: Even if you’re the kind of person who prioritizes getting eight hours of shuteye, there are still some nights when you Just. Can’t…. 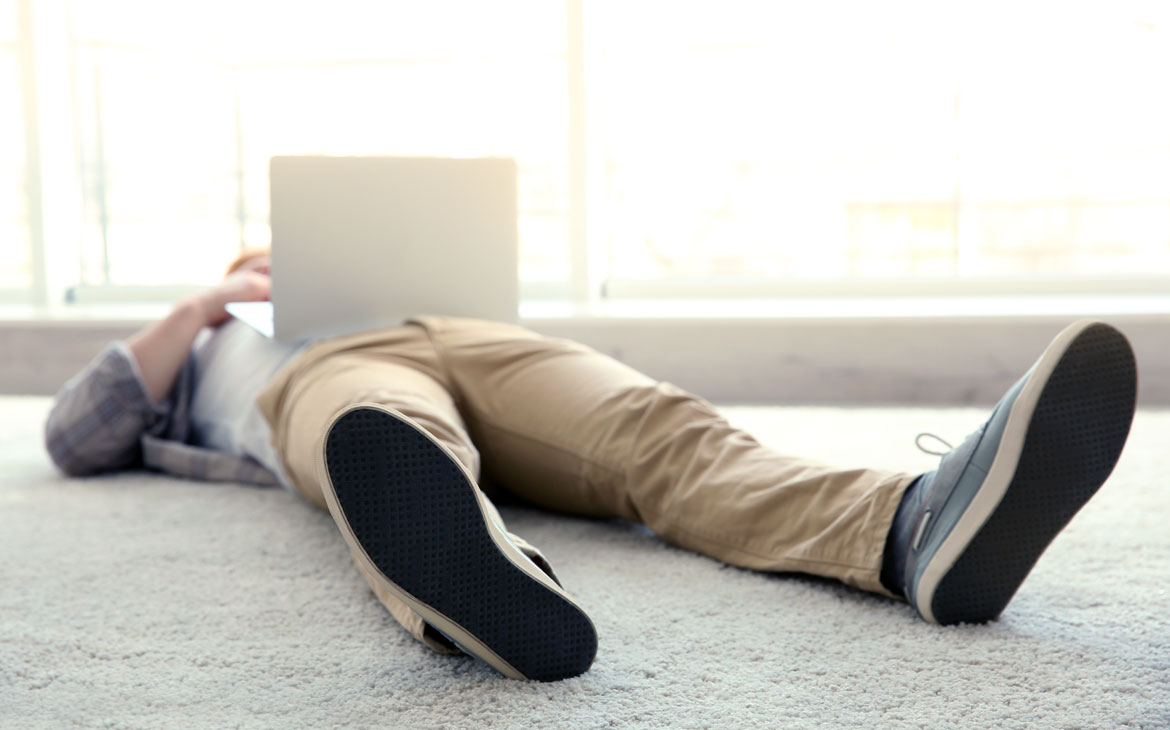 It happens to the best of us: Even if you’re the kind of person who prioritizes getting eight hours of shuteye, there are still some nights when you Just. Can’t. Sleep.

Whatever the reason, you can deal with it later. Right now, your priority is keeping your day on track even though your eyes are practically shutting on you. These science-backed tips can help.

Even if you desperately want five or ten more minutes, resist the urge to go back to sleep. Hitting snooze and waking up to a second (or third) alarm can disrupt your sleep cycle.

And experts agree that stealing extra snooze time can actually leave you feeling groggier than before, since your alarm could wake you up in the middle of deep sleep.

2. Sneak in a quick sweat session.

Wait, won’t exercise only make you more exhausted? Nope—far from it. Working out sends more oxygen and nutrients to your tissues. And all that extra good stuff helps your body produce more energy—so you’re less tired and are able to think more clearly.

Don’t worry, you don’t need to go long or hard to reap the benefits. One study found that just 20 minutes of moderate exercise was enough to help subjects feel more energized and less fatigued.

The caffeine in that first cuppa joe (or, let’s face it, two) can do wonders to wake you up. But drinking too much coffee will likely leave you wanting to crawl under your desk rather than take care of business.

That’s because going crazy on the caffeine can lead to headaches, jitters, and even heart palpitations. What’s more, coffee can make you dehydrated—which can cause you to feel tired and have a harder time concentrating.

The takeaway? Go ahead and have some coffee, but keep it under four eight-ounce cups. And cut it off by mid-afternoon so it doesn’t end up wrecking your sleep tonight.

4. Do the hard stuff first.

If you tend to spend the first part of the morning catching up on emails and crossing mindless tasks off your list in an effort to ease into the day, try flipping your usual schedule.

Experts agree that we tend to be most productive during the first few hours of the day. In other words, even if you’re pooped now, chances are, you’ll only feel more pooped later on.

So take advantage by tackling your toughest project first. You’ll have more brainpower to get it done. And once it’s over, you can use whatever juice you have left to take care of the easier stuff.

5. Perk up your posture.

If your usual position is hunched over your computer, there’s no better time than today to make a change.

Slouching can zap your energy and even contribute to feelings of depression. But according to one recent study, simply sitting up straight can give you more power to make it through your day—and even boost your mood. Go ahead—what are you waiting for?

Take a second to size up your lighting situation. If you’re sitting in a darkened room or are only using artificial lighting, open up those shades, stat.

Natural light—even on a cloudy day—sends your brain the signal that it’s time to be awake and alert. No wonder, then, that findings show that exposure to natural light is linked to better job performance. Artificial light, on the other hand, can increase fatigue and make it harder to perform cognitive tasks.

Maybe the last time you took an afternoon nap was before you learned to tie your shoes. No matter.

Midday snoozes can boost your mood and make it easier to deal with stressful situations. Even better, they’ll leave you feeling more alert and better able to concentrate on whatever you’re trying to get done.

Just keep it short. When researchers had sleep-deprived subjects take a 3:00 PM nap, those who slept for just 10 minutes experienced the biggest improvements in energy and cognitive performance. (This genius technique can help you fall asleep in just 60 seconds.) And those who snoozed for more than a half hour actually felt more tired.

Does Spinal Decompression Help with Lower Back Pain?

Why You Need a Foam Seat Cushion